Find information below about how our cookies work, and then set your preferences. Note that turning any of these cookies off may affect your browsing experience.

Our website won't work properly without essential cookies. They help you use some aspects of the website and provide you with key information such as our office location using Google maps.

Our functional cookies help us to provide additional services for you as a website visitor. We use them to deliver tools and/or information to help improve your browsing experience, such as LiveChat (our online Chat service), Google Translate, and Facebook. And again, these cookies never identify individual users. If you choose to turn these off certain elements of this site will not work and may display as missing content.

These cookies provide us with an overall picture of how visitors use our website. They let us understand how many visitors we get on each page and what they choose to do on the website like clicking on links, for example. We use this information to help improve our website and your browsing experience. These cookies never identify individual users. Services that use these include Hotjar, Google Analytics.

How our anti-racism taskforce has inspired action within MSV 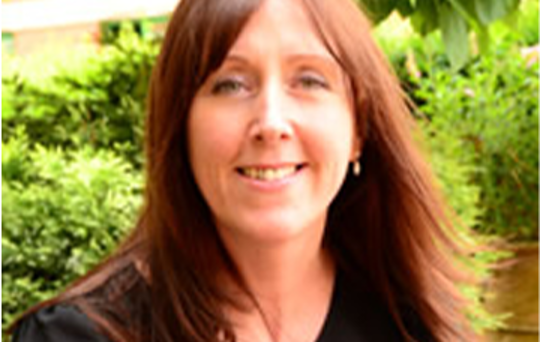 Our Group Chief Executive, Charlie Norman, talks about how MSV's anti-racism taskforce has inspired action within the organisation in an article written for Inside Housing - the leading monthly magazine for housing professionals in the UK.

Charlie shares taskforce members’ stories and their determination to call out racism and promote inclusion in the housing sector.

The year 2020 will long be remembered because of COVID-19, but also the tragic death of George Floyd in May (as well as others who had been wrongly killed before him, such as Breonna Taylor and Ahmaud Arbery, or wrongly accused like Christian Cooper) and the year that the Black Lives Matter movement (founded in 2013 by Alicia Garza, Patrisse Cullors and Opal Tometi) really came to the fore as a force for positive change.

At the Placeshapers’ annual conference in November, my colleagues Tia Mantack, Sam Lewis and Jo Tripney, alongside community leader Kemoy Walker, spoke about their passion and determination to call out racism and promote equality and inclusion at the first in a series of ‘Lunch and Learn’ sessions across the wonderful Placeshapers’ network.

This first session on day one of the conference was powerful and really well received. Tia, Sam and Jo are all members of Mosscare St Vincent’s (MSV) equality and inclusion group, and along with other members of this committed group they have inspired action within the organisation through our anti-racism taskforce.

Sam has worked in our people and talent team for 16 years, his family is from Sierra Leone and he spoke honestly and with great passion about his life, his education and career and his own experiences and views on racism. He explained that he has grown up in a culture with a simple concept of treating everyone with respect, which is at the heart of his interactions with anyone he comes into contact with.

Sam said he feels blessed to work in a career where the principles of respect, fairness and equality are applied, but spoke about racism in society being nothing new and not just about police brutality (in the case of Mr Floyd) or isolated incidents, referring to the tragic cases here in the UK of Mark Duggan, Stephen Lawrence and Anthony Walker.

He said that treating someone or groups of people less favourably than others because of their skin colour is still a huge issue, and spoke about the shame of slavery and scandals, such as Windrush, as well as key figures who challenged inequality such as Rodney King, Martin Luther King Jr, Rosa Parks and Nelson Mandela.

Sam challenged us all to think about less extreme but devastating day-to-day examples, such as racist chanting at football games, where black players are subjected day in and day out to racist abuse, which he has seen and heard first hand at games (Sam is a Liverpool fan whose workplace overlooks Old Trafford). He called out the fact that the official response is “it’s a small section of our supporters…”, and that is not OK, and even a lifetime ban from the ground just moves the racist views to a pub, at home or other public venues.

He was also keen to say that racism affects people from so many different ethnic backgrounds, referencing the outgoing US president persistently fuelling negativity by naming COVID-19 the “china virus”. And Donald Trump is not a one-off case – dealing with racism is a common and regular occurrence right here, right now in the UK.

Sam finished by saying that he was born right here in the UK but constantly sees that people who look like him are treated as second-class citizens, which is emotionally draining.

But he is hopeful for change. The coronavirus pandemic has provided a different backdrop: all of us in lockdown together and all able to see the worldwide protests and demonstrations about racism. But we have a long way to go. It’s not enough to use default responses of not being racist, it’s about being actively being anti-racist, which is the journey MSV is on – learning from people’s experience of everyday racism.

Sam asserted that you don’t have to have much experience of racism to know it’s wrong – the key thing is to put yourself in the shoes of the people that experience it.

Jo works in the people and talent team at MSV, and has always been really interested in people and their experiences of the world and has a huge passion for promoting equality, diversity and inclusion. As part of our Investors in Diversity work, Jo has inspired many colleagues to ensure the people in our organisation and communities feel safe to be who they are.

Like Sam, Jo talked about the long history of racism in the world and the need to learn from this and actively promote an anti-racism agenda. She outlined MSV’s approach to date, which is very much led by the equality and inclusion group, including:

In her presentation, Jo reinforced Sam’s message that it is important to address the issue of racism when it’s reported – not people spending time explaining why they aren’t racist. Importantly, she feels that we have created a network of people who are committed to real change. Jo ended with a call to action: it’s not good enough to do nothing or just share a black square on social media and leave it there.

Tia is a well-being officer at MSV, and spoke about her values of caring and doing the decent thing and spoke about her role – saying that after being cooped up in lockdown, doing a job she loves is freedom and loving what she does is the ultimate goal. She spoke about the tragic impact coronavirus has had on disadvantaged communities, including the impact on mental health and people struggling to access food, heat and support.

Like Sam and Jo, she spoke about the world standing still and taking notice after the killing of Mr Floyd during this time. As a member of the MSV equality and inclusion group and anti-racism taskforce, Tia said she wants our staff and tenants to live in a fairer society and she believes we are on a journey to bring in change.

It resonated with everyone when Tia said: “We are not just housing associations, we are caring associations” – which is so true and a big part of caring is our commitment to diversity and inclusion.

Again, she spoke about MSV being at the beginning of a new journey and that we are not just fighting one pandemic, we’re fighting numerous pandemics – mental health, race and inequality. Tia used a brilliant analogy of feeling like we are on a train moving in the right direction and every so often the train stops and picks up more members who want the same thing. She urged everyone: together we can do better.

As Jo said in her call to action: “It takes bravery, humility and a willingness to learn from mistakes to effect change. If not us, who? If not now, when?”